I wanted to share a project I'm so proud to part of, especially since so many kids could benefit from it right now during Quarantine. I'm in a couple episodes of a kids science TV show that airs nationwide and season 6 is airing now. It's called Curious Crew, produced by WKAR - Public Media from Michigan State University. If you miss it on TV, you can stream episodes off the website! I've been blessed to be part of this amazing, Emmy-award winning science show for the last three seasons. We record over summer (I'm in the girl in the middle in the photo below) and sadly this will be my last season as I'll will have aged-out. I'm in episodes Episode 607 - Convection and Episode 608 - Piano. Dr. Rob does an incredible job explaining science to kids. Click on the photo below to view an episode. As we say on Curious Crew, "Stay Curious!" 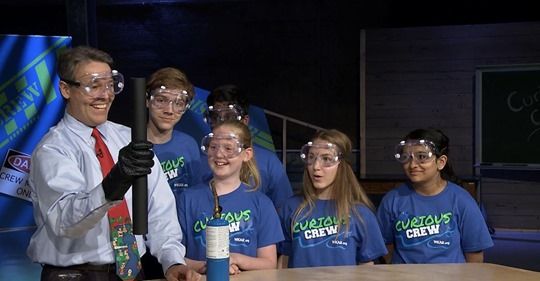